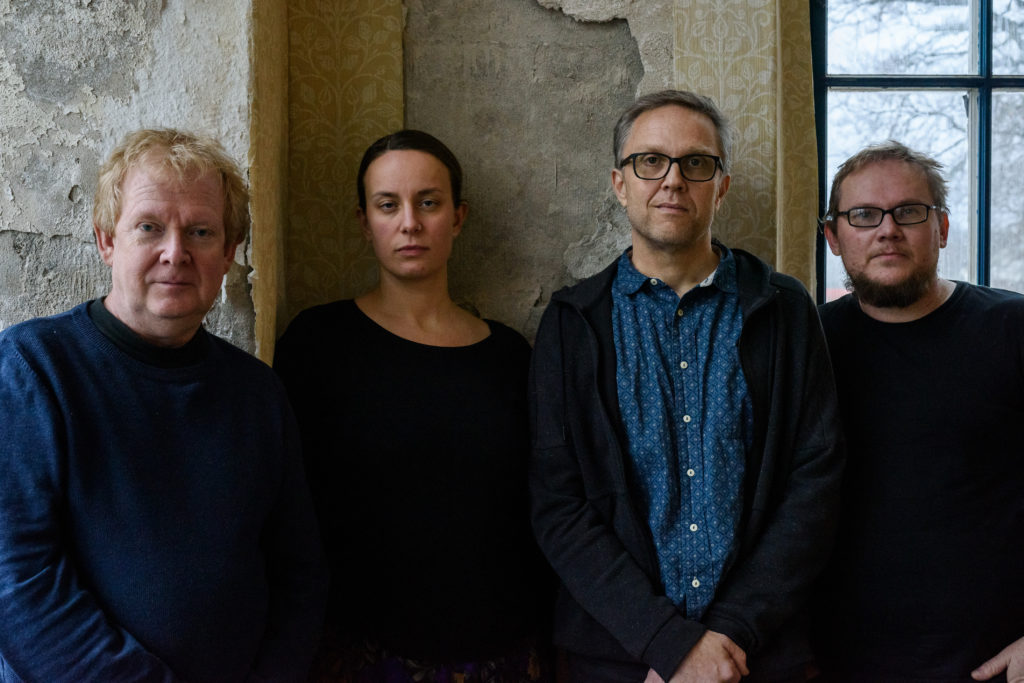 The project was born from the beginning of Danemo’s desire to do something in a small group with Staffan Svensson and then developed into a creative pendulum of new music.

– Staffan and I have a long musical history together, Danemo says. We discussed musicians and what kind of setting we would have. I had quite recently heard Malin Wättring and been delighted with both her playing and the way of writing music. Staffan suggested the bassist Magnus Bergström. I did not know Magnus and listened to him and was immediately captivated by his great sound and musical playing.

The album grew out of a shared composition responsibility between Danemo and Wättring. It started with a first hit with semi-finished sketches where they played, tested, jammed, laughed and talked lots.  After that, the compositions began to take shape with Danemo and Wättring pushing each other forward in the creative process.

– Malin sent me a half-finished song, Danemo continues. It was a kind of raw material, where a lot was given and other was missing.  A very fun and challenging one task. It became “Waiting”. I sent a page from one of my sketchbooks to Malin. Back came a really amazing song that she based on some chords she found on my messy side.

– One day I got a melody line from Malin, no chords, no tempo indication. I had no idea how to approach it all. Played and sang the tune over and over for several days. In the end, I gave up and somehow got stuck on a phrase that I played further and further down the bass register of the piano until it disappeared. Suddenly, it struck me how I would behave. I wrote the song in a very short time. It was almost as if I was standing beside and watching it happen. It became the title song Triple Amen. What first felt impossible became possible only when I stopped trying. “

Lighthouse does not want to put any label on its music, it limits and closes out, more than clarify. The quartet also does not want to say that this is music for any particular group or type of listener, nor does it require any special prerequisites from a listener to appreciate. Lighthouse’s music are very open tone and filled with fast interaction and warm communication.

“I think everybody can find something to enjoy in our music. All it takes is a bit of curiosity”, Danemo concludes.